I have created, at your request, a concise guide to commas. There are five basic rules to comma usage, and those rules are outlined below. I hope this tutorial helps you and anyone else who is comma challenged.

We will start with the easiest rule. When you list three or more items in a series, you should separate the items with commas.

However, in many narratives, the sentences are far more complex, so let’s look at another example.

Example: Elizabeth walked into the smoke-filled bar, scanned the crowd for the mysterious man who waited for her arrival, and finally saw him perched on a stool at the back of the room.

Now, there is one little problem with commas in a series.  The Oxford Comma. I personally like and use the Oxford comma, but some people don’t like it.  The Oxford comma is the last comma in the series (the one that comes right before the conjunction.) That’s up to personal preference, or if you are writing using a specific style, it’s up to the rules of the style guide.

Rule #2 is the rule that many people miss. It’s one of the most common errors in writing. When you start a sentence with an introductory word, phrase, or clause, you should follow the introductory material with a comma to avoid misreading the sentence.

Consider this sentence: When he returned the car was in the driveway.

Without a comma, you may read “When he returned the car” as a unit before realizing that “the car” is part of the next unit. See? Confusion!

Here are a few examples.

Example, introductory word: Unfortunately, commas are difficult for many people.

Example, introductory clause: When you practice comma use, it will become easier.

Now, there is one additional component to this rule. That component involves combining clauses (creating a complex sentence).

Here are some examples.

Dependent Clause: When the woman sang.

Here are some examples.

When the woman sang, the people cheered.

The people cheered when the woman sang.

Another way to join clauses is to use a coordinating conjunction (FANBOYS: for, and, nor, but, or, yet, so) between two independent clauses. If you do that, you need to add a comma. It is called a compound sentence.

The woman sang, and the people cheered.

However, if you use a coordinating conjunction, but you don’t have two independent clauses, you don’t need the comma.

Consider the difference between these two sentences.

The agent requested the manuscript, but she did not give me a deadline to send it.

The agent requested the manuscript but did not give me a deadline to send it.

In the first sentence, the agent requested the manuscript and she did not give me a deadline to send it could both be sentences on their own. Thus, they are independent clauses.

In the second sentence, did not give me a deadline to send it could not stand alone as a sentence (lacks a subject), so it is not a clause at all. Therefore, since you do not have two independent clauses, you do not need the comma with the coordinating conjunction in the second example.

When you are writing a sentence and include additional information that is not necessary to the sentence, you should enclose that information by using a comma before and after the extra information.

Example:  Mary and Sue, who are dressed very nicely today, are meeting for lunch.

In this sentence, who are dressed very nicely today is not essential information. It could be taken out of the sentence without changing the meaning of the sentence.

However, consider this sentence: The people who read my books are wonderful.

In this sentence, who read my books is essential because if it is taken out, the sentence will not have the same meaning. Thus, the information should not be enclosed with commas.

An easy clue to using this rule correctly is the words that and which.

The word that is an indicator that the information that follows it is essential in the sentence, so if you use that, you probably don’t need a comma.

Likewise, the word which is an indicator that the information is non-essential, so you will almost always use a comma before the word which.

Example #1: The song that I heard on the radio was beautiful.

Example #2: My favorite song, which I heard on the radio today, is “Pink” by Aerosmith.

Example #1: Have you heard, Anna, that the band is touring the country? (Speaking to Anna)

Example #2: Have you heard that Anna is touring the country with the band? (Speaking about Anna)

This is one of the rules that many people just simply ignore, but it is an important rule.

When you have more than one adjective describing a noun, you sometimes use commas and sometimes not.

These are adjectives that have the same “weight” in describing the noun. Each adjective is at the same level of impact on the noun. These are separated with commas.

Example: The torrential, destructive rain poured from the sky.

In this sentence, torrential and destructive both have equal weight in describing the rain. Thus, they should be separated with a comma.

An easy “trick” to see if you’ve got it right is to see if the sentence passes two tests.

Test 1: can you put the word “and” between the adjectives? (The torrential and destructive rain poured from the sky.)  If it sounds good, you need a comma.

Test 2: can you switch the order of the words? (The destructive, torrential rain poured from the sky.)  If it sounds good, you need a comma.

These adjectives “pile up” to describe a noun and generally need to be kept in the same order.  You should not use commas between cumulative adjectives.

Example: The bright blue door was a great addition to the house.

This sentence would not pass the two tests previously mentioned. It wouldn’t sound right to say bright and blue door or blue bright door, so we know that they are cumulative not coordinate adjectives.

WHEW! We’re finished with commas. Commas are also used with addresses, dates, etc. but those are pretty easy to remember.

One final thought about commas: don’t use a comma between two independent clauses. That creates and error called a comma splice. Just don’t do it!

Hopefully you found this helpful in understanding how to use one of the most misused punctuation marks in our language: the comma! 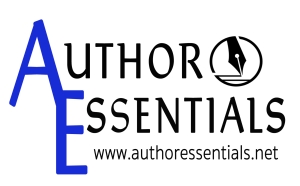